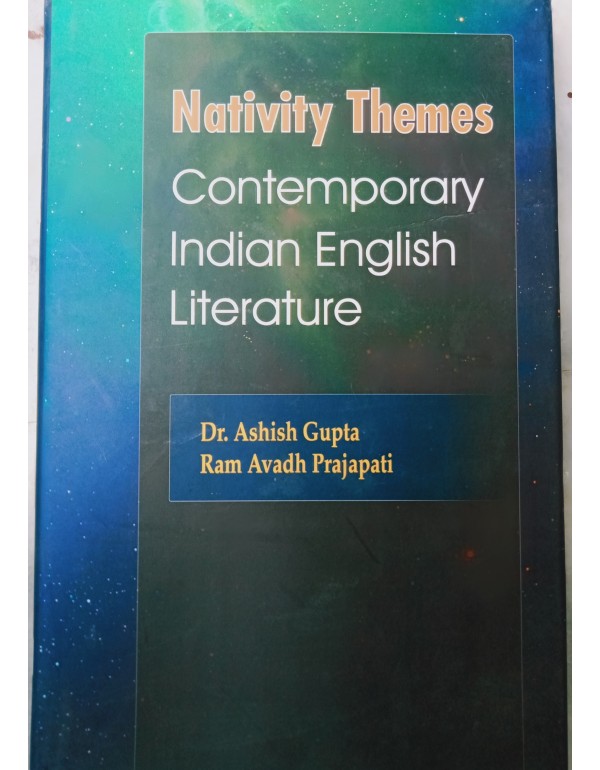 Perspectives on Contemporary Indian English Literature: Critical Insights is a collection of well explored articles written by research scholars and academicians. The book has the first article of Dr. Ashish Gupta on Asif Currimbhoy with the title “Asif Currimbhoy: A Prolific Genius”. The second article is “Indigenous Imprints in the Poems of Jayanta Mahapatra” written by Souparna Roy. “Narrative of Postcolonial Discourse in Kamleshwar’s Kitne Pakistan” by Ali Mojiz Rizvi is the third article. Sanjit Sarkar has given analytical perspective on “Deep Eco Spirituality- Rabindranath to Aurobindo”. Dr. Mangesh M Gore has explored “Identity Crisis and Family Relationship in Jhumpa Lahiri’s The Lowland”. Dr. Deepak Kumar Singh has shown keen interest in Rohinton Mistry to find out diasporic elements and sense of identity problem the title “Negotiating Parsi Identity and Diasporic Sensibility in Rohinton Mistry's Such a Long Journey”. Snehasis Maiti’s paper presents dalit point of view, “Voicing the Muted: ‘Subaltern Consciousness’ in the poems of Manju Bala”. “Representation of Marital Status of Woman in The Guide and The Dark Room by R K Narayan” by G N Divya is an exploration of social issues in Narayan’s works. Priyanka Chandel presents contemporary outlooks on Indian Writing in English with the title “Post-Colonial Indian English Drama: Some Imperative Facets and Concerns”. “Polyphony of Contemporary Discourse in Girish Karnad’s The Dreams of Tipu Sultan: Changes and Adaptations” by Vijay S. Saindane is an article in which some contemporary issues have been discussed. Mahesh Dattani has become pivotal in Indian English Drama Writing nowadays. Ms Chameli Shaw’s “A Singular Group for Women and Gay on the basis of a Shared Oppression in Mahesh Dattani’s plays” is exemplary to show readers attention on Dattani and his plays.  The article, “The Problem of Identity in The Namesake” by Dr. Ashish Gupta and Siddarth Pandole explicates The Namesake from diasporic point of view. Sunita Devi’s article, “A Complex Transition Of Adolescent Mind To Adulthood In R.K Narayana’s Swami And Friends And The Bachelor Of Arts” has presented some contemporary issues in Narayana’s novels. Chandrabati Chakraborty’s paper is very conscious effort to bring out problems of dalit people. The title of his article is “Dalit Seclusion:  Baburao Bagul’s Before the Vedas – Historio-Graphic Discourse based on The Upanishad”.  Ratan Ghosh’s paper “The Shadow Lines As A History Rather Than A Fiction: A Critical Insight In The Context Of Contemporary Indian Writing in English” analysises The Shadow Lines. Rashmi Bhardwaj has analysed the novel form contemporary point of view. Her title of the paper is, “The Glass Palace: An Attempt To Study The Formation And Growth Of Hybrid Identity Due To Colonial Discourse”. We have felt privilege and greater pleasure in writing the introductory note to this book. We are quite sure this book will be useful for coming researchers and academicians in formulation of Indian English writing. The anthology contains research articles on poetry, drama, novels, and short-stories. The anthology is also remarkable for its wide range of attentions; gender studies, environmental visions, social problems, biographical reading, political issues, universal brotherhood, international peace, cultural, religious manifestations, dalit sensibility, postcolonial feelings, diasporic realization, and many other fields.